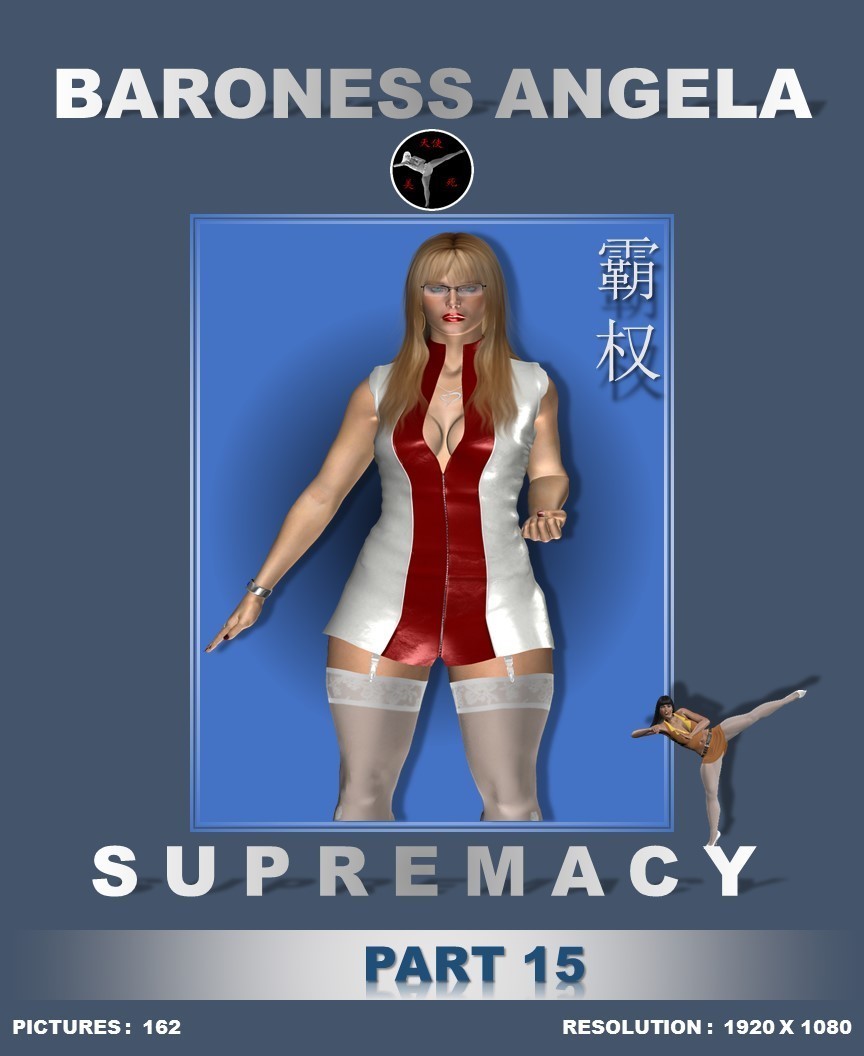 After tagging of the latest victims (including Carl), they are taken to their cells in readiness for the compliance training. That afternoon Angela advises prison guards to prepare Carl for her chamber and having changed into her revealing outfit, visits the prison to see the new arrivals. Whilst in prison, Carl catches sight of her heavenly body which abruptly ends by her devastating kick to his face. When Carl comes around, his confusion of being in a bath tub and refreshed quickly gives way to terror as Angela starts her violent sexual onslaught on him. After Angela falls sleep, Carl slowly gets up and finds the courage to make a run for his life. Unfortunately, he is caught off-guard by Joe-Ann Folding who quickly puts an end to his futile attempt to escape by her deadly karate moves.