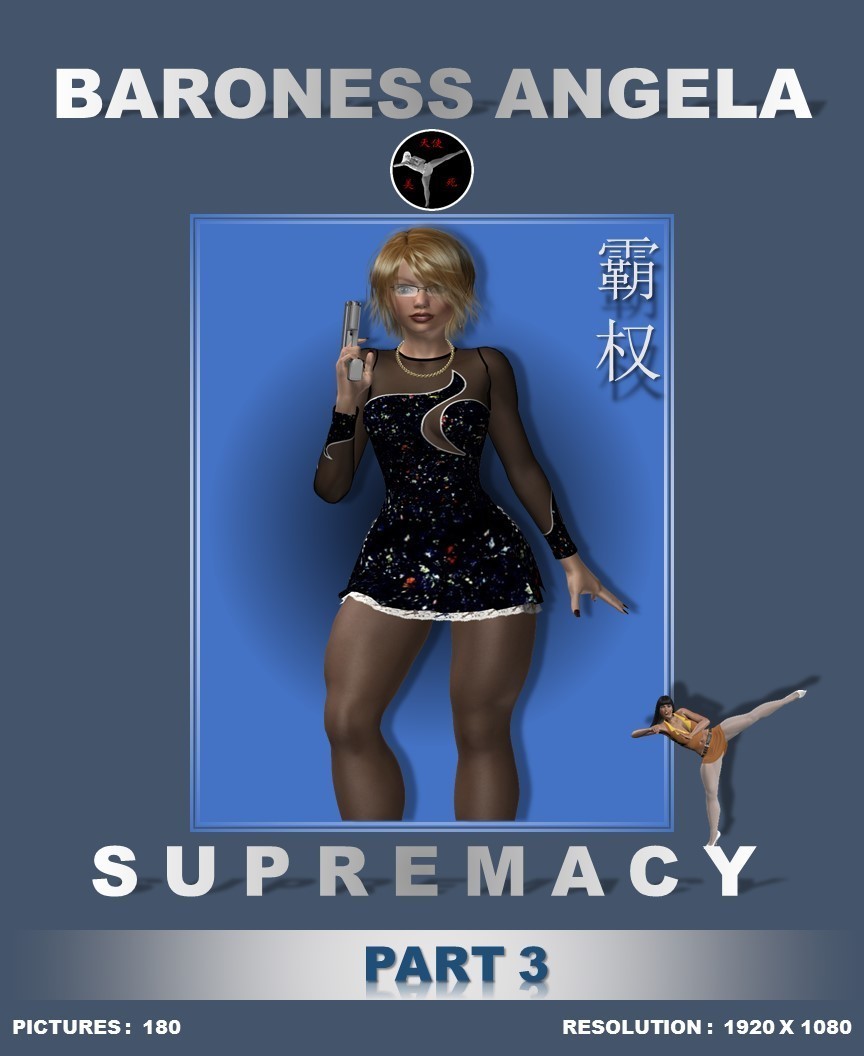 ...Shortly thereafter, Kiki and Callie arrive at the hospital and with the pretense of being staff, gain access to the emergency room. As Callie proceeds to inject Stockton with poison, he regains consciousness and seeing Kiki, he freaks out. Before he could raise the alarm, Kiki delivers a swift karate chop to his neck followed by the tiger claw grip that rips his head from his body. Upon hearing ruffling noises, security officer bursts through the door and tries to stop them. However, Callie quickly disables him with her devastating moves. At Kiki’s request, Callie puts the security out cold for use as a future slave at the Folding resort. With her trophy in her hand, Kiki meets up with Angela at the hospital carpark and they head out to the airport.